“We became Catholic when I was four, … but I have always been between because I can’t just forget about my old religion and shamanism because that’s a big part of my culture.” —Yia Lor, 2008 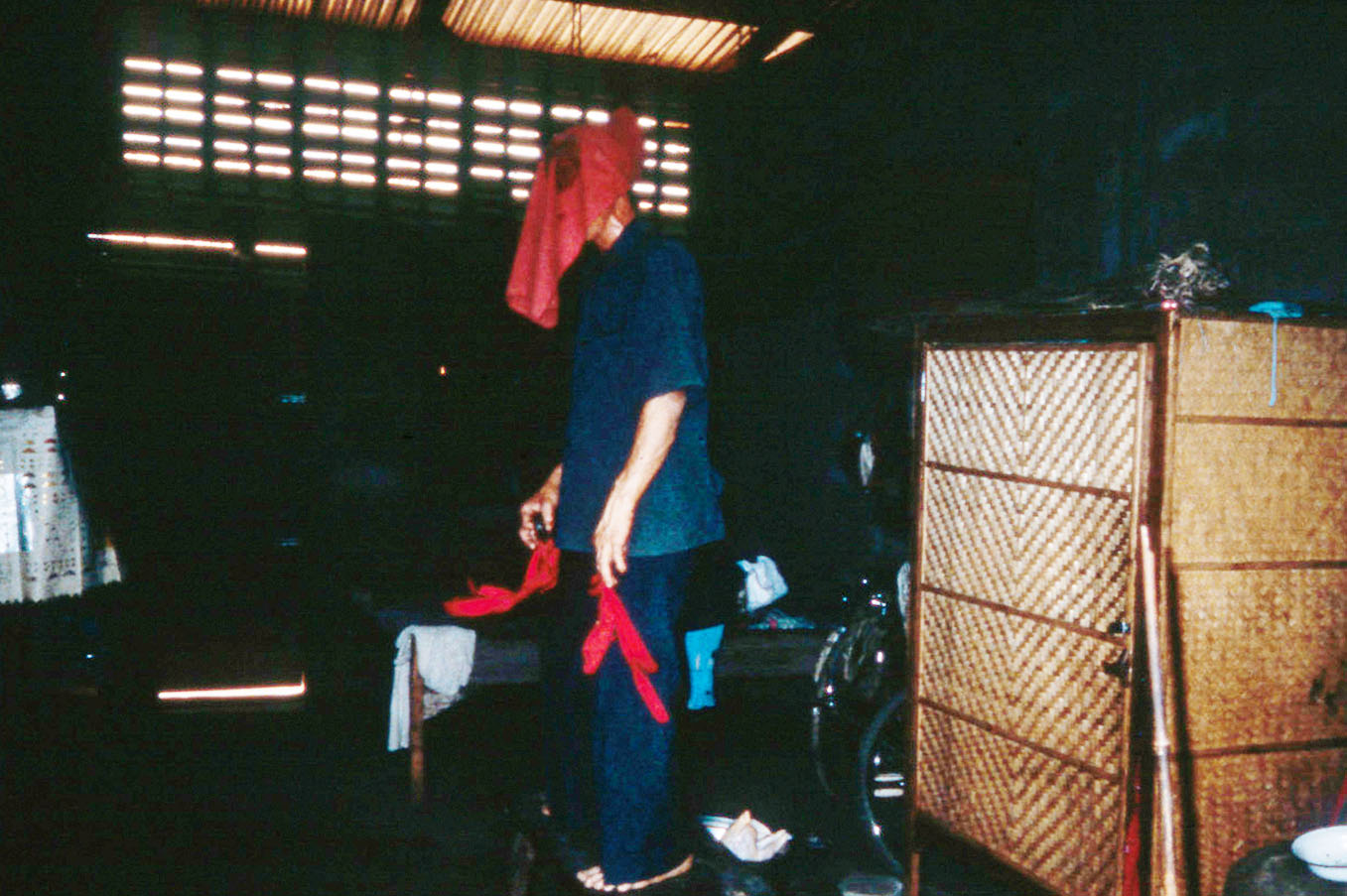 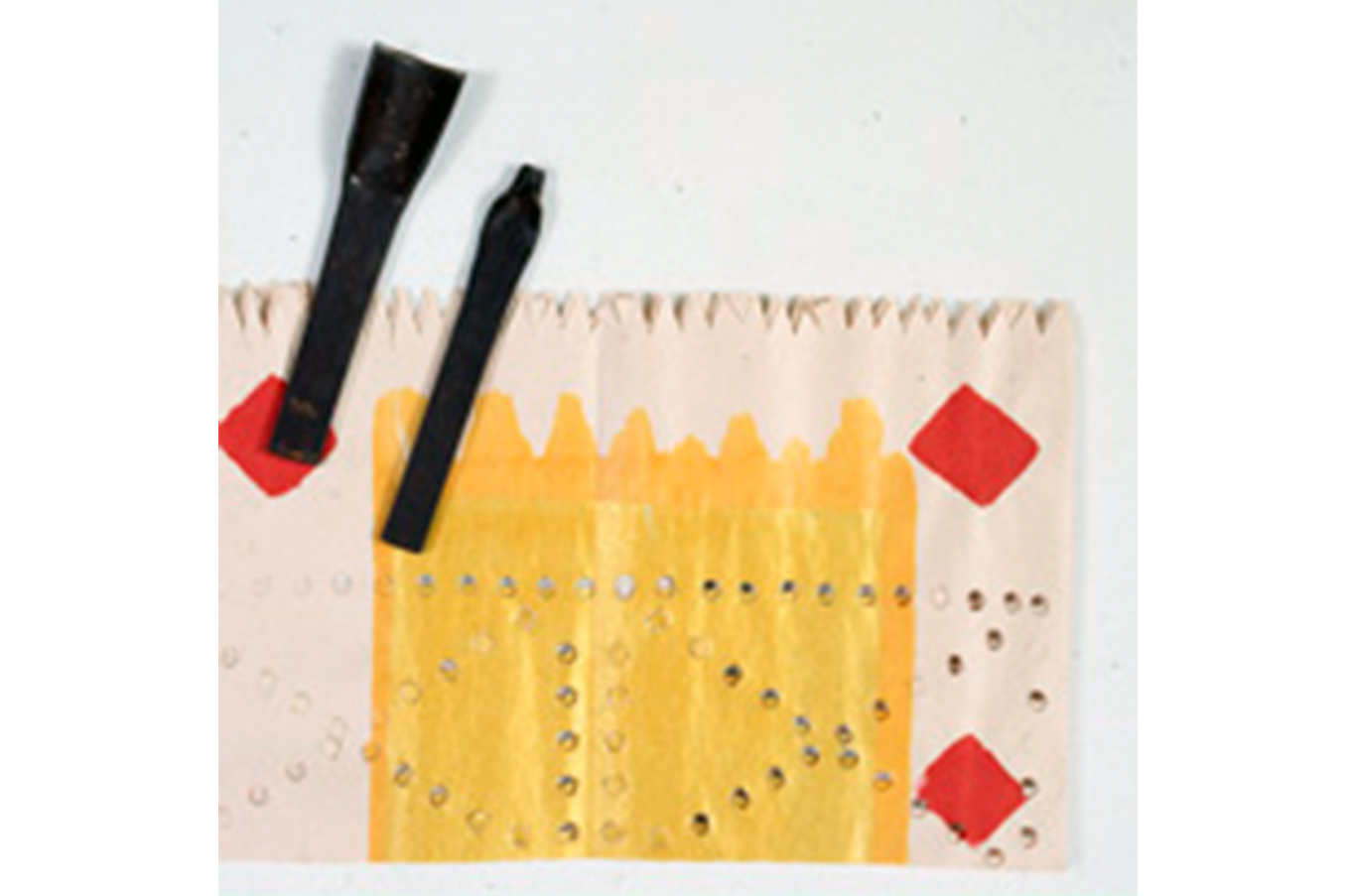 Spirit money, ntawv txam, designed by Neng Lor Lee, 1993. Spirit money lines a shaman's altar, and may be offered to spirits in exchange for their help.. 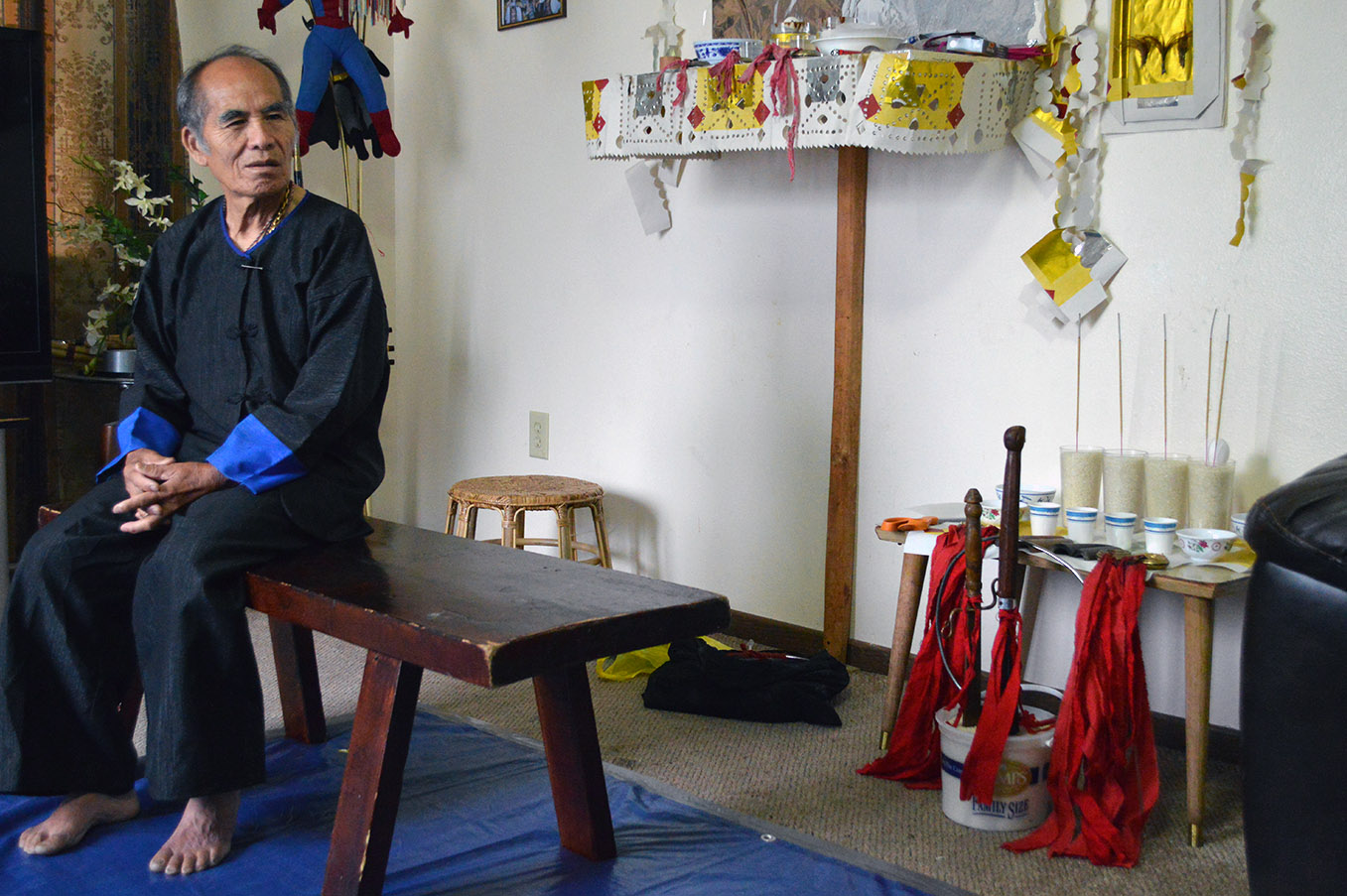 Shaman Chong Her Xiong prepares to conduct a healing ceremony, 2018. His altar is ready with cups of water, glasses of rice and incense, and ceremonial items like the metal ring, castanets, and ceremonial swords stuck in a gallon bucket of rice. Xiong brought many of his shamanic instruments with him when he emigrated from Laos.
Photographer: Sallie Anna Steiner

Traditional Hmong spiritual beliefs combine ancestor veneration with animism. Spirits inhabit all things, and Hmong people traditionally offer animal sacrifices and perform ritual ceremonies to maintain good relations with the spirits. A shaman serves as a spiritual guide and healer, and treats spiritual illnesses by negotiating with spirits on behalf of ill clients during ceremonies performed in the home. Today, about half of Hmong Americans practice shamanism, and ceremonies typically occur on weekends to accommodate work schedules. Many Hmong Americans use traditional healing practices in addition to Western medicine

“Every year we have to call our soul because we believe that individuals have twelve different souls. Then we have to make sure that each one will be attaching to your body so you don’t get sick.… They say that you have a soul to monitor your head, monitor your eyes, and your mouth, and your body… When we got sick [in Laos] they had to go see a shaman and make sure that our soul is attaching to our body. If not, if one of our souls is gone, they have to do some performing to call him back.” — Jennifer Vue, 2018 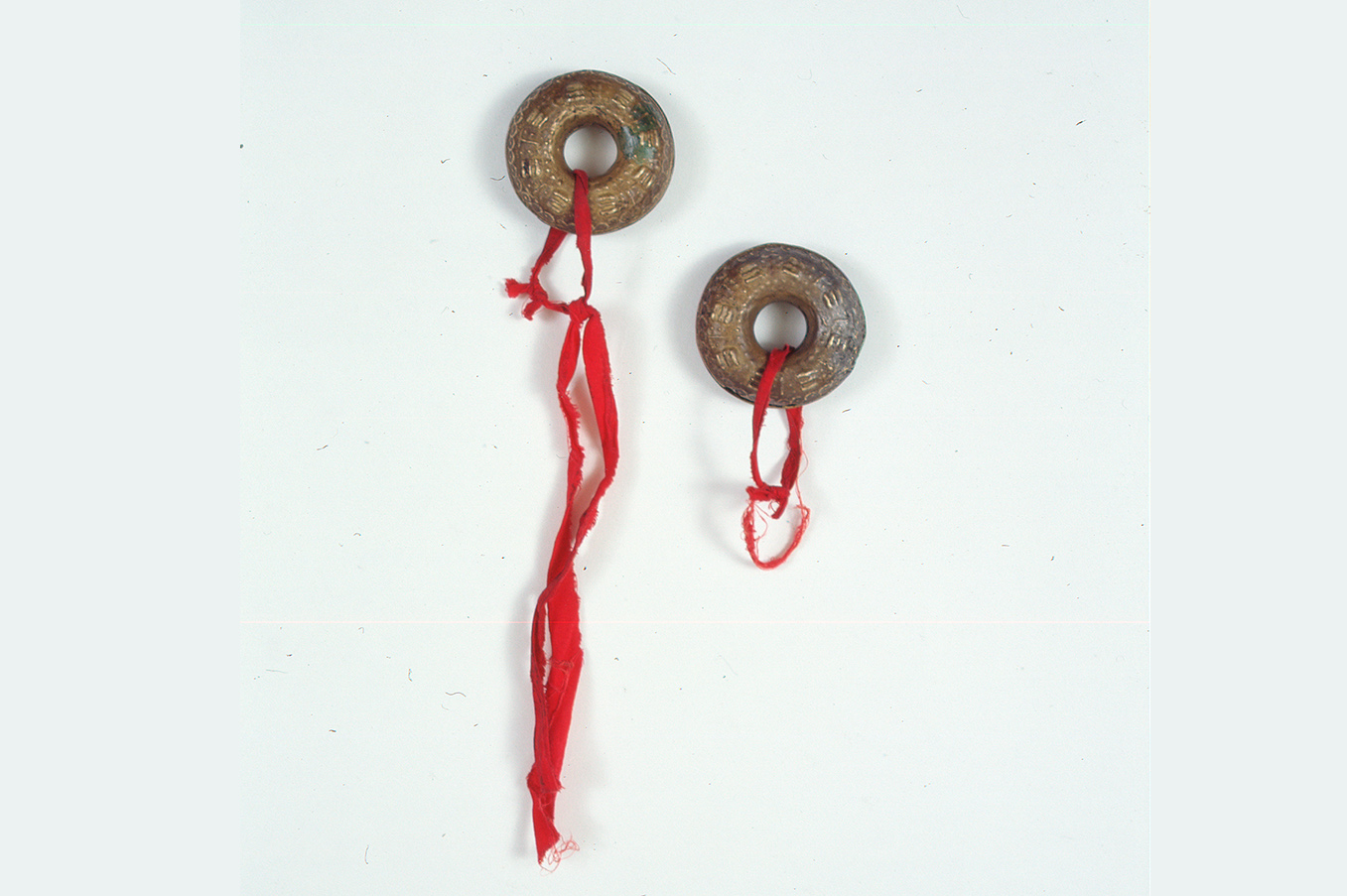 Finger bells, nruas neeb, used by a shaman while visiting the spirit world.

“At first I doubted, because I’m the new generation, right? I was sick for four or five years, and they said yeah, you have to become a shaman, and I said no, I didn’t want to. Because that’s only for people in the traditional way. I denied it. But after the ritual, it worked…. Do I believe it? Yes. And do I cure people? Yes. But sometimes we say go to the doctor first, and if they cannot find anything wrong with you, you can come to us and we will see the other world, the other dimensions, to balance the mind, and soul, and body. That’s pretty much what shaman do.” — Tong Thai Xiong, 2018